The solar module backsheet, see Figure 1, is a thin, plastic, covering on the bottom of the module that
is designed to protect against the intrusion of moisture, dust and chemicals. 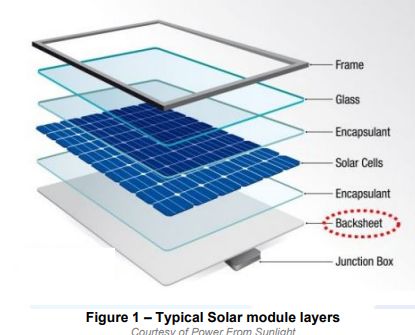 We understand that on December 18, 2019, the date of loss (DOL), damage to the solar modules
backsheet was reported.

The Chestnut Solar project began construction in January 2019 with substantial completion expected in
February of 2020. It is a nominal 101MWdc, single-axis tracking, ground mounted system utilizing 272,440
solar modules arrayed in nine (9) separate land areas, see attached Site Plan. The modules, 365W,
370W and 375W, are the product of JA Solar and were purchased in two lots.

The exact
quantities of each purchase are not available, quantities but wattage are as follows:

None of the affected modules had yet been removed. The inspect
found the backsheet of the modules affected in four (4) distinct ways as follows: 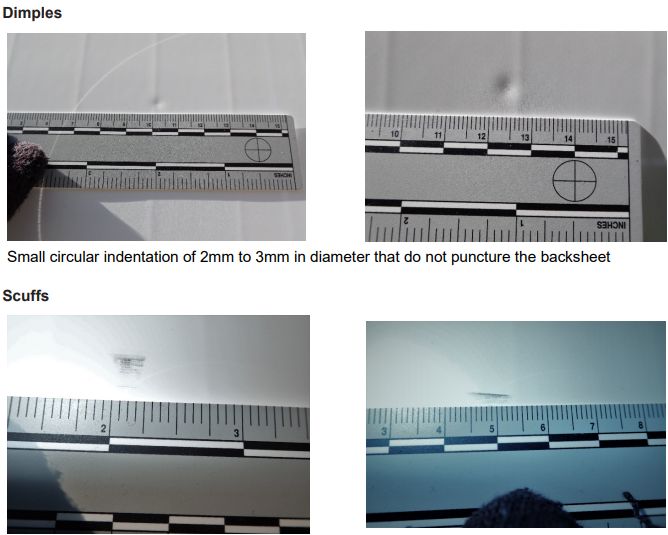 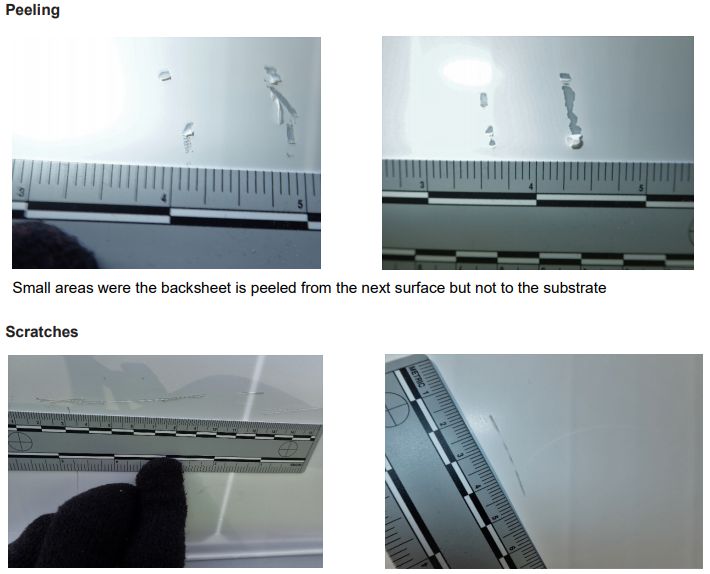 Scars to the back sheet that penetrate to the next surface but not to substrate.

The origin of the backsheet defect is unknown as there was no process for individual module QA/QC
during installation. We understand that the module defect was only found after module installation was
completed.
At the time of the inspection the total number of affected modules was unknown as was the potential
impact to module performance and manufacturer’s warranty.
Post Inspection Notes
Since the inspection at the Chestnut Solar Array the following development have been noted: